On the matter of Lay Gnosis and mediums there is an instructive true story. On the TBH Responses page is a fellow named Sam. If memory serves his wife’s name was Gina. They ran a health food store in Greenville South Carolina. Happy Lay Gnostics they were, until Gina caught measles which put her in bed for two weeks with a raging fever. Apparently a small amount of brain damage occurred and Gina discovered she had become a medium as her restraining bolt had dissolved. It meant she couldn’t walk past the town cemetery because dozens of discarnate deceased people were yelling obscenities into her mindseye. So bad it was, she had to stay away from that part of town. Those were deceased people trapped in the cemetery location, who were foul mouthed unpleasant angry people.
But there were some upsides. In he health food shop, Gina would notice people sidling into the shop looking a bit lost and uncomfortable. Didn’t know why they were there. Gina would start talking to them and discover this person was brought into the shop, needing to know some vital information from Gina. That’s happened to myself in Sydney many times also.

In her new medium role, a deceased local grandmother contacted Gina, and explained a vital piece of information that a local family needed to know. Names were not supplied. But the unique marker was, that the person concerned to be contacted, had cooked bacon and eggs for breakfast at precisely 8-10 am. So Gina was reduced to asking every customer entering the shop, about 30 people before lunch, the ridiculous question “Did you fry eggs and bacon at 8-10 this morning ?”
After numerous blank looks and denials finally one puzzled person said Ummm…errr…..YES…..
Hurrah ! Bingo ! Said Gina. A message for you , from your Grandma – “The will is under the carpet beneath the couch” A surprised smile crossed the visitors face. Later the customer returned explaining YES, the lost will was found in that exact place and that’s been a great relief to everyone.
Deceased spirits see the medium essentially as a window back into the world they inhabited formerely.
On physical death. our restraining bolt is removed. We experience a tremendous sense of release and freedom. And from their adjacent channel of existence, they have near Godlike powers, they can see us, though we can’t see them, they can communicate in dreams with us, sometimes even speak out loud, they can tilt pictures, and cause clouds of dragonflies, butterflies and even birds of one kind to congregate around a house. Owls. Plenty Afterlife books on this subject Amazon.

I attended a seance in Wallacia western Sydney suburb, organised by Victor and Wendy Zammit. people arrive in a rag tag fashion and we do tea and biscuits for an hour or so and chat before the main event. As an electrical engineer my attention was drawn to the flickering incandescent light in the middle of the large lounge room. Of course I went into immediate diagnostic mode noticing this wasn’t random arcing caused by a bad connection or broken switch, there was a distinct and very evident clean frequency visible in the pulsing light , a pulse repetition rate that was intelligently sustained. As if by an oscillator or something. None of the other house lights were flickering. Hmmm….. I noticed. I then forgot about that and talked to several other people over more tea and biscuits. One lady surprised me by saying Have you noticed the Flickering Light ? She said Thats my husband, he died two years ago, and he doesn’t like being dead, so he prefers to stay with me, following me around flickering lights everywhere I go.
Since his death, she became a medium, and he chats with her any old time.
That seems a common occurrence. Montague Keens wife went thru the same process of becoming a medium after Keen died thus their married life continued.
Montague Keen was President of the UK SPR group I made a video or two about him. And his contribution to Afterlife studies. 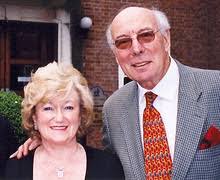 A further instance of this occurred, when my Brother- in- Law Channan in Fiji died unexpectedly at the healthiest happiest time of his life, thanks to me supplying him with a magic pill Benfotiamine that reversed his diabetic neuropathy (Beri Beri) very quickly. He had been diagnosed with untreatable diabetes damage that would soon cause his death. After his rapid recovery on the Benfotiamine he went back the Hospital Endocrinoologist and abused him for not knowing about Benfotiamine. The doctor was taken aback by Channan’s suprising aggression and vigour because 3 weeks earlier he was so ill he couldn’t stand up.
Despite his unexpected return to health Channan began talking about himself in the past tense for about 6 months. As a mechanic he would call up customers and say their car is ready and they would turn up finding Channan playing “dead”slumped over the bonnet. He was a great practical joker. And he got better and better at playing dead and scared numerous superstitious people. (native Fijians) Later it was realised he was preparing everyone for his exit.
He kept telling his 5 sons that they all had to finish building the new house because he wouldnt be around much longer. So he ensured they all new how to do the work required. It was noticed he did this with some noteworthy formal thoroughness.
So it seemed as if he had obtained permission to die as he had achieved all of his life goals.
You can find this in many afterlife books.
So when he died, he was so very healthy and happy thus everyone was shocked, but suddenly it all came clear that he had prepped everybody for his exit. 500 people turned up at his funeral. He was highly respected in the community because he did ultra cheap repairs for the poverty stricken country town of Nadi.
After the funeral, it was noticed, in the new house that the ceiling light was flickering. Being mechanics all, the bulb was quickly replaced. But the new bulb flickered identically.
This is in a newly wired new house full of new switches and cabling. It puzzled the boys.
Anyway, sometime later they were all in another room and the ceiling light was flickering in a notable way. The first room light had stopped flickering.
By the time this had repeated in a third room they deduced it was Channan following them from room to room.
He was essentially proving to them that death is a myth. Just a very convincing illusion.
Which raises the question Who or what produces this most convincing illusion ?
Channan, using his newfound near God- like powers, restraining bolt removed, travelled 3000 Kms to Sydney and flickered lights in 3 Sydney homes of relatives including mine, on many occasions. I would sit and talk to him in the middle of the night, as he flickered overhead lights. I could never see him. But likely he was standing right next to me in a different channel of reality. He also inserted dream greetings to a few people in these three Sydney homes. It went on for 6 months.
So the most convincing illusion might be death, which raises the question, What else is illusion ?

Victor and Wendy Zammit run a free weekly email service that supplies copious amounts of Afterlife evidence compiled over 150 yrs. Its a good reminder of how much we sleepwalk past vital information