A miserable virtual atheist posts here his unfounded shallow belief that the Divine is unreachable in this universe. His belief causes him a lot of grief.

Narrow doesn’t answer 4 questions though he loves arguing and parading his knowledge which is lot of praiseworthy book study, and a difficulty there, is, he must have absorbed a fair bit of mis and dis information. And this vociferous arguing is his method of avoiding personal experience. A hallmark of pseudoskeptics. This bitterness of separation is widespread and greatly encouraged in our atheistic materialistic society. Narrow just won’t go into TBH for 20 minutes………. he is unable to be calmly curious. Too much anger and grief.

Z Cubed Music1 week ago I think you guys need a better title for this video & some more hashtags, please promote yourselves better because this work needs to get headlines and more attention. REPLY

Steve Trueblue11 hours ago Maybe less attention is better. More chance of survival to commercial status. Wonder if the Pentagon is across this? They can disappear patents. Weapons could get a whole lot worse. LOL. Electric Aeroplanes? Electric Cruise missiles ? Faster ways to Mars ? REPLY

Highlighted replyZ Cubed Music7 hours ago@Steve Trueblue They already said years ago they are working directly with the DOD and Pentagon, and I think all parties want to see this technology upgrade to the next level, before any patents get buried. As you noted, this is more a proof of concept rather than a commercially viable product, and we need as many scientists as possible experimenting and discussing these principles to advance the tech and expand on the theories behind it so we can edge EU into mainstream. That means we need as much attention as humanly possible on this tech. Like you say it could have huge implications on the battery market and while all these companies are investing billions into R&D for that, what better time to revolutionize the whole game? 1 REPLY

Steve Trueblue4 minutes ago (edited)@Z Cubed Music Am praying you are right, though, I fear as the fossil fuel industry sees these developments as a threat they will do their usual snuff job. There seems to be a needed delicate balance and timing, between shouting it from the rooftops after its finally “born” commercially, in multiple places, and keeping it quiet while it slowly grows thru nascency to the point where a cargo container can produce a megawatt at an affordable price and they can be ordered on Amazon. And its no big deal. Fossil fuel money would try to own and control this. It’s their only chance of coexisting with the new idea. But reading down the comments here people point out these things have all been promised since the 60s but never materialised. 2014 Lockheed Martin had an electric jet flying. The container producing a megawatt was promised in the 60s by a few companies. Disclosure Man Dr Steven Greer says innovation’s greatest enemy is the fossil fuel status quo. I wonder if this technology could be gifted to a rogue state to ensure that other nations would adopt it to retain parity. Say Iran or north Korea. These states seem very hard to control. Which may be what’s needed. REPLY

Icrewhelos O1 week agoI just want to know if this can be used to create Rocket Engine thrust.5REPLYHide 4 replies

Notably it was done in China.

jcoghill21 week ago (edited) You’ve done what projects around the globe for decades have tried to do and are still failing. Self containing plasma! 90% of the world has no idea what this achievement means and the other 10% can only imagine. Please don’t let this idea die. You guys are treading on the territory of some very powerful people. Namely the power companies of the world. They’ll come in and buy you out and stash your idea on a shelf for 40 years so they can still make a buck or manipulate the events in your lives till you go out of business like they did to Preston Tucker. Show less (Preston Tucker produced a luxury affordable car in 1948 with disc brakes, power steering, air-conditioning an internal heater standard, auto transmission and he was destroyed financially by Detroit. He was prevented from buying steel sheet metal and vital parts) Alternatively the other manufacturers could have competed with better cars. But they didn’t. They vigorously defended their monopoly Status quo by destroying the industry newcomer)

Joe Deglman1 week agoLockheed-Martin filed a patent in 2014 for a similar device, “hydrogen reactor,” and also to be used to propel aircraft. It seems they may have had a proto-type aircraft capable of flight in 2014. They claimed they would have a turnkey product capable of powering cities of 50,000, that could fit into a dump truck sized vehicle by 2019, capable of using regular hydrogen. So far it seems there has been no product on the market. REPLY

eugenerk1 week agoFrom their website: “the SAFIRE team does not endorse or support any particular theory or model for what is happening inside the chamber, or inside other group’s chambers. We focus on refining our process to achieve predictable results.” i.e. they have no idea of what they’re doing, but are playing with the nobs and the valves to see if something interesting happens. Maybe don’t invest all of your money just yet.REPLYHide reply

Steve Trueblue11 hours ago They are NOT educating business rivals ! You get it ? Second rule of business. Don’t educate other people.

Paul Morgant6 days ago At last count, there are more than a dozen patented nuclear waste remediation methods. Most are based on ZIPP fusion. This is MIT showcasing KNOWN, OLD technology. REPLY

Tsidqenu1 week agoThis is a well-known criticism of the project. Aureon do themselves no favours by having only 2 papers on SAFIRE. Even digging in their released publications exposes little in the way of solid data. I guess they want to keep it under wraps because there’s a potential $1,000,000,000,000 riding on it.4 REPLY

Marshall Deasy1 week ago They are claiming to generate energy from this reactor. The way it is presented in the video implies nuclear energy generation. It seems disingenuous to me.

The SAFIRE Project 1 week ago Hi Marshall, Thanks for posting your concerns. We have no evidence there is any “over unity” – the term would imply “something for nothing”. Personally, I don’t have any evidence there is any “over unity” occurring anywhere in nature. I could be wrong… it wouldn’t be the first time. However, energy transformation of one state to another is well documented. Elemental Transmutation occurs in fission and fusion reactors all the time. It is the binding energies that ultimately result in a thermal response. You need a fuel – a general term. The fuel in this case is not molecular like gasoline, it’s nuclear. The difference – SAFIRE produces its own powerful stable electromagnetic containment fields. It may be analogous to – harvesting the potential energy during elemental transmutation. It is important to note transmutation responses can be endothermic and exothermic it all depends on where you are in the periodic table. We work very hard to be as accurate in our narrative so no one gains an impression that we are claiming something we are not. Show less 14 likes REPLY 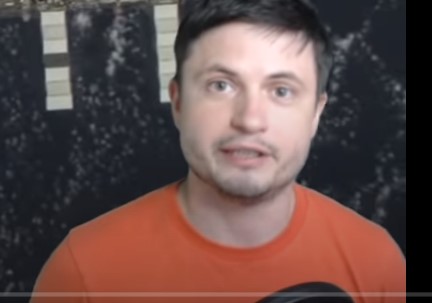 Anton Petrov has a degree in Astrophysics is of Russian extraction originally from Canada, lives in South Korea, where one needs to have a Govt licence to have a telescope in your backyard
Is a prolific reader and presenter of conventional general science. Works hard for you. Saves you a lot of science reading you can’t possibly do yourself. Not enough hours in a day,

“The universe is just one big playground just one big theme park” That is so true Adam. One infuriating outcome of Hubble photos and SpaceX videos is that most young people today are obsessed with going to Mars and staring at magnificent hypnotic Hubble galaxy photos. They completely ignore themselves and living day to day as a natural self attunement pathway. I once made the mistake of leaving a comment under what turned out to b,e a childrens Going to Mars Video. I thought mistakenly that some kids might be interested in a method that produces a side benefit. I mnetioned that it was too expensive to actually go to Mars Trillions, and WE pay for it, and it was just so much easier to Remote View Mars for free. Which anyone can learn. Scorn was heaped upon me. Desperate fears were bared. We have destroyed this planet so we need another planet to save our species. Terrified by Greta Thunberg most of them. It never occurs to children that we will take ourselves to Mars with all our defects that injured the earth and produce yet another planet of the apes.

One comment was It will be a military run paradise the Mars thing. Oh, what naivete.

Why would I wanna Remote Views Mars ? one youngster said, Its just a rock. To be mined for minerals and brought back to earth. He has no concept of the cost versus benefits ratio. He said when Mars is empty we go to the next planet and strip mine that. I told him he had read too much science fiction. But he went on saying we will consume every planet in the Galaxy.

There are numerous videos saying human astronauts cant survive longterm in s space. Twin studies already reveal permanent brain damage occurs. Permanent DNA damage. And our bones, needing gravity to produce inline interlocked crystalline calcium formations simply stop growing and replacing themselves so astronauts suffer osteoporsis very rapidly. This happens in Zero G, and on the moon and Mars. And there a are bout 25 other serious diseases in astronauts from Zero G.. Including impaired vision as eyeballs fill up with fluid and they grow 2-3 inches taller.

The children think these are just technical things and Big pharma will fix everything with magic Tablets. Mars soil contains perchlorite a poisonous mineral that has to be removed to grow food. Huge diffculty. But these are seen as just technical problems to overcome. Can-do left brain stuff. Just problem solving..Which is how we screwed the earth in the first place. LOL. The video was about how to convert Mars CO2 to Oxygen by just wearing a spacesuit that conains a 900 degree C oven to produce breathable oxygen. Good luck carrying a 900 degree oven in a plastic suit was the comment I left. With my practical experience I said you practice for your Mars mission by putting a lit oxy-acetylen torch into your pocket. Being children none of them understood my sarcasm.

So Mr G is quite correct saying the Universe is a much too distracting theme park, that causes us to forget ourselves to our great detriment.

I do it myself LOL, I am not immune. The great attraction for many of the Electric Universe seems to be magnificent Hi Res Hubble images and planetary animations etc and the importance of investigating deep time and ancient civilisation’s artefacts.