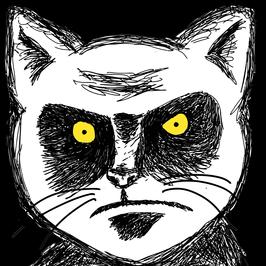 Steve I am currently creating a list of frequently asked questions for the blog and it’s going very well. I’ll update you as much as I can. That Natural Origins page on http://www.truebluehealer.com is wonderful it rang so many bells for me when I first came across it, and I understand it now more than ever. Now during k rise source is reminding me of you and what you said about how source loves service to others this couldn’t be closer to the truth because it is now during k rise that I am being reminded of all the interactions that I have had with people and how it is a bit too perfect a bit too amusing and how you have said k rise will emphasise that your existence is entirely dependent on the whim of God. Believe me Steve, I couldn’t possibly agree with you more.

I’m glad you found the Natural Origins page insightful and stimulating. It means prominent people throughout the Ages even long before modern religions, have been trying to tell us what we really are. But we weren’t listening. And state based religions came along only to hijack our natural religious tendencies to keep us sleepwalking, obedient to the state’s requirements, so that they would broker for us a place in heaven in return for a lifetime of obedience to the state.

Reproduced here for the reader the Natural Origins page revealing that we never needed the state based religions. But how to achieve Gnosis in ancient times was not widely known. Some Gnostics got burned.

Natural Occurrence of GnosisTwo intelligences living in the individual’s internal awareness one as a silent or near silent partner can be found in all cultures and all epochs.
Example Socrates and his Daemon
You have often heard me talk of a divine oracle or Guide that comes to me. It is a  kind of voice that I first heard in childhood. It always tells me what not to do but never commands me to do anything (theme of freewill and companionship  from a second  internal intelligence)

Plato talked about a second Internal intelligence dwelling within-
Someone who has used his life for learning true wisdom and exercised his higher nature if he finds the truth he cannot fail to attain immortality as completely as human nature allows because he  has always nurtured his Divine essence in himself. His Guardian Genius. He is the happiest of people.

Pythagoras a second intelligence in everyone
Father Zeus, free them from their great suffering and show everyone of them the Genius who is their guide.

And we just can’t omit Joan of Arc can we?- another gnostic who listened to an inner voice, her second internal intelligence. Her Genius. Her Daemon

Roman Emperor Marcus Aurellius– Two coexisting intelligences again-
Who lives with the Gods? Those who are always satisfied with what has been assigned to them and who obey the prompting of their Genius; a portion of himself that God has given to every human being to be their guide and guardian, their intelligence and understandings.

Now today, after thousands of years, Mr G has changed the rules. Which sadly never occurs to religious people

Laymans Gnosis is available to everyone and its physically contagious though a visit to http://www.truebluehealer.com/ is necessary for the 20 minute formal lesson to put us all on the same page. That’s the BEGINNERS TOUR